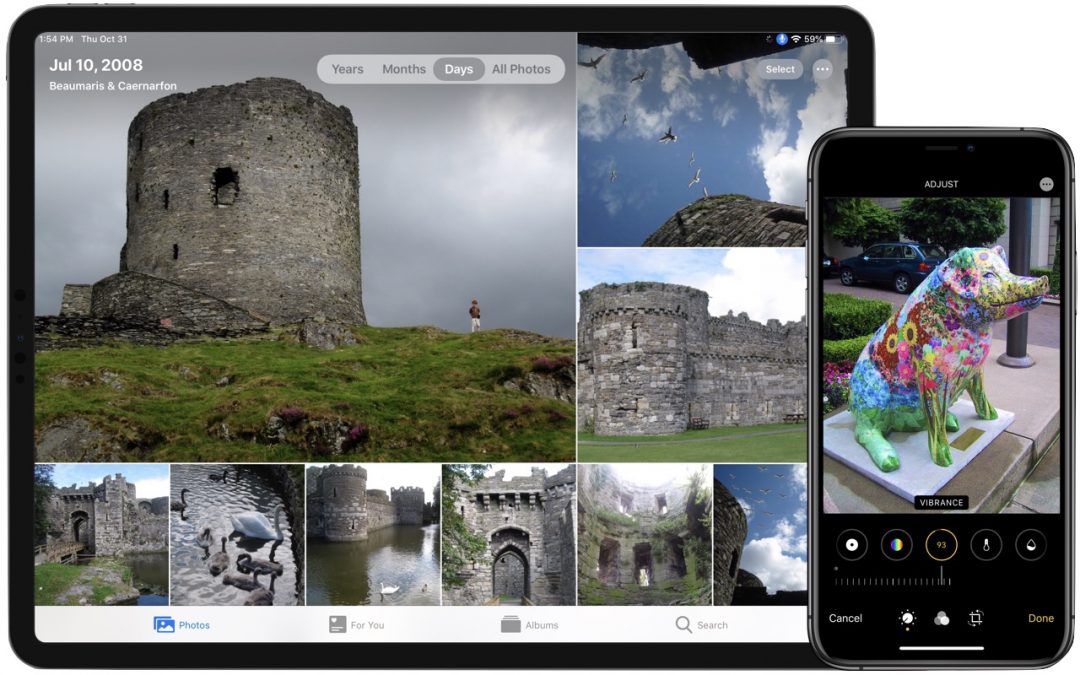 Taking photos is a popular use of the iPhone, and Apple has said that the improved cameras gave this year’s iPhone 11 Pro models their “Pro” designation. But Apple continually works to improve the Photos app as well. Taking great photos is only half the job—you also have to be able to find, edit, and enjoy your photos, and that’s where the company focused its efforts in iOS 13 and iPadOS 13 (which we’ll refer to collectively as iOS 13 from now on). Here’s what’s new.

Years shows a single image that helps you keep the years apart—previous years’ images come from the same time of year as the current day. Next, tap a year icon or the Months button to see a few tiles representing the events at which you took photos in each month. To zoom in again, tap the Days button or any event to see a curated selection of photos for each day you took photos in that month.

The key word above is “curated”—Photos is using artificial intelligence to show you just the best or most representative images and eliminate similar shots, so some photos won’t appear at all in Days view. When that happens, you’ll see a +# tag on the last image indicating the number of hidden images. To see everything, tap that +# tag or the All Photos button. You may find yourself wanting to use All Photos a lot if Photos is hiding images from you in Days view.

Photos in iOS 13 also gains significantly more editing capabilities, bringing it closer to par with the Mac version. In iOS 12, you could adjust some light, color, and black-and-white options. iOS 13 retains the light and color options and bolsters them with new tools and an improved interface. The black-and-white options disappear, but you can simulate them by applying a monochrome filter like Noir, Silvertone, or Mono, and then using the rest of the editing tools.

When you tap the adjust button while editing an image, Photos displays a horizontally scrolling list of 16 controls, each with a circular button on top and a slider below. Move the slider to adjust that setting with a real-time preview. Also notice how the circle fills in to reflect what you’ve done. All edits are non-destructive, and you can tap the circle to turn its associated edits off, or tap again to turn them back on. This tap-off/tap-on interface works well for comparing before and after versions.

Previously, Photos allowed you to crop and straighten an image, and iOS 13 also now lets you adjust the vertical and horizontal perspective. You likely won’t change perspectives often, but it’s nice to have the option.

Even more impressive, Photos in iOS 13 lets you apply all these edits—the adjustments and cropping/tilting—to videos as well as still images. Video edits are non-destructive, too, which makes it easy to play with effects. Photos video editing may not compare with the full features of a video editor like iMovie, but it’s a huge step forward.

If you haven’t explored the new features of Photos on your iPhone or iPad after updating to iOS 13 or iPadOS 13, take some time and check them out.